The Museum is, above all, a permanent archaeological exhibition dedicated to Calabrian archaeology, and to the province of Cosenza in particular, from protohistory to the Roman age; but it stands also as a cultural centre that hosts temporary exhibitions, concerts, institutional meetings and educational activities. Our contribution to the fit-out was the acquisition and 3D reconstruction of 34 objects belonging to the museum, which in turn have been integrated in the  Muvi system and installed on a stereoscopic visualization system, the Totem Mneme. We’ve also developed "Archeologio", a serious game for students that simulates the archaeological excavation methodology, with a scoring system where points are earned according to the tools chosen for digging, the number of objects recovered, and the degree of moral integrity of the archaeologists. 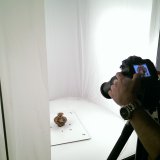 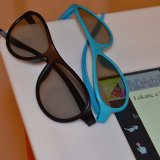 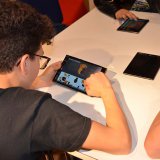