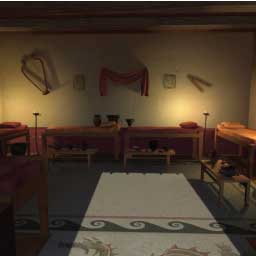 The museum holds the finds collected in the ancient Kaulon archaeological area, including the so-called "Drakon", a mosaic depicting a Dragon, for which we’ve created a virtual contextualization by reconstructing a 3D scene of the hypothetical symposium, i.e. the ancient Greek banquet that was probably held in the room. The reconstruction was in the spotlight during the exhibition "Food for Gods, Food for Men”, held in the Italian Pavilion during the EXPO 2015 trade fair in Milan.
In addition, we have also performed the 3D reconstruction of some column sections belonging to a Doric temple found on the seabed, just a few meters from the coast. These models were then used to make a video with a hypothetical reconstruction of the temple. The reconstructed scene is now on display in the museum on a TV monitor equipped with a tablet, while the reconstruction of the symposium can also be displayed on immersive virtual reality devices. 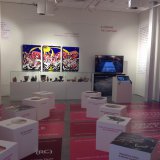 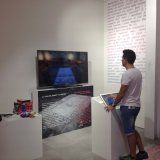 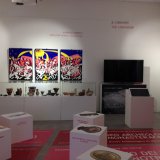 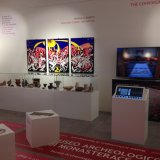 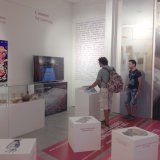 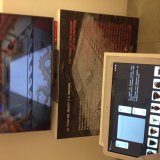 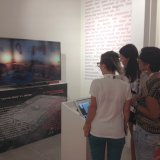